After a five-year journey through the solar system, NASA’s Juno spacecraft is scheduled for orbital insertion on Monday, July 4th. Due to the time delay between Earth and Jupiter, the insertion will be in the hands of the computers aboard the spacecraft, and mission specialists will have to wait 48 minutes to know if it was a success.

Sounds a lot like those long moments of terror when Curiosity plunged towards Mars four years ago.

If all goes well, Juno will study Jupiter (less so its moons) using orbital maneuvers much like the spacecraft Cassini has used in the Saturn system for the past twelve years.

Here is the Juno arrival timeline in EDT and GMT:

Here is the official NASA page on the mission with a countdown and info on using the awesome NASA Eyes app:

Also, some helpful what-to-expect/how to watch info from Space.com and the Planetary Society’s Emily Lakdawalla: 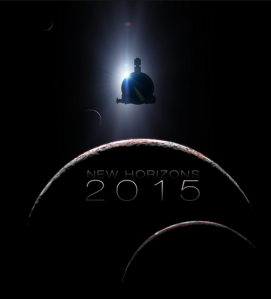 Also, The Science Channel is going to do a flyby special on the evening of July 15th.

This is an awesome desktop app for Pluto and other NASA stuff:

I am terribly behind in my space geeking. Life has thrown me a couple of curveballs, and there’s been a lot of cool space stuff to fall behind on geeking about.

(1) Lunar Mission One: A kickstarter campaign by a private British group, Lunar Missions Ltd, to send an unmanned robotic landing module to the South Pole of the Moon and drill deep into the rock for a scientific analysis of the the geological composition of the Moon.

(2) Hayabusa 2 launched on December 3rd. It is a Japanese asteroid sample return mission targeted at asteroid 1999 JU3. It is due to arrive in July of 2018 and return to Earth in 2020.

(3) Orion! NASA’s new reusable spacecraft intended for future manned space missions (part of NASA’s plans to return to the Moon, and their Asteroid Retrieval Mission) had its first unmanned test flight on December 5th. It did two orbits around the Earth, then returned safely.

(4) New Horizons, NASA/JPL’s mission to Pluto, woke up last Saturday from a two-year hibernation in preparation for its arrival at Pluto this coming July. It will stay “awake” from here on out, and hopefully get some awesome pictures of the Pluto system before its fly-by. Then it is off to explore another Kuiper Belt Object.

It’s taken ten years to get there, but early Wednesday, November 12 Central European time (from about 1 AM to 8 AM, which is about 5 PM to midnight Pacific time), the European Space Agency will land a craft on a comet. Their Rosetta spacecraft got to comet 67P/Churyumov–Gerasimenko three months ago, and has been in a weird jagged “orbit” around it ever since. Now its attached lander, Philae, is being prepped to detach from it.

All the pre-flight stuff is going to happen when I’m busy at a conference next week, and the actual flight and grand finale landing, if it is successful, will happen in the middle of the night. Good luck to the ESA. #cometlanding

Two videos related to this. The first is more cutesy space stuff, but it’s also part of a rather brilliantly accessible series of cartoons promoting and explaining their mission.

The other video is a short art film the ESA collaborated on that I believe is a promo for a longer, upcoming science fantasy film, “Ambition” about the life-creating chemicals and water of comets:

This morning, I’m really flummoxed that I don’t have that telescope Santa keeps promising me for Christmas. I was out ogling the early morning sky, and it was possible to see comet Siding Spring near Mars then, hours before its closest fly-by (2:27 PM EDT, 11:27 PM PDT, 18:27 GMT). That’s day time in North America, and yet the real irony belongs to Australia, where the comet was originally discovered last year. The comet closest fly-by won’t even be in their sky at all. The Deep Space Network dishes in Europe, the US, and Puerto Rico can watch.

The comet will scrape by Mars at a distance of 82,000 miles. That’s a third of the distance between Earth and the Moon. Comet Siding Spring originates from the Oort Cloud, a cloud of comets that surrounds our sun at a distance almost quarter of the way to the nearest star, Proxima Centauri.

There are spacecraft in orbit of the planet Mars from the US, the European Space Agency, and India. They will all be ducked behind the far side of the planet during closest comet approach. But as they swing back around, they might still get a bit of comet dust on them. This has the potential to be very, very bad. A tiny spec of comet junk flying at enormous speed could punch holes right through an orbiting tin can like Earthling’s Mars satellites.

Hopefully, though, all they’ll catch are some cool photos.

The rovers on the surface of Mars will be safe due to the Martian atmosphere, but alas, the poor little guys will also experience closest fly-by during daylight hours.

Mars and Siding Spring will become visible again in North America after sunset this evening.

I have been a space cadet geek since I was old enough to understand what those Apollo missions on television were, END_OF_DOCUMENT_TOKEN_TO_BE_REPLACED

I found these this morning while Googling:

There is still an issue with getting the book cover on some of U.S. sites, but I am told that’s being worked on.

Valerie Running Deer is a brash, brilliant neuroscience graduate student. Elizabeth Baldwin is her uptight, control-freak advisor. Elizabeth and Valerie’s relationship has always been a battle of wills, but when Elizabeth hands over one of Valerie’s original research ideas to another student, Valerie fires the shot that turns their cold war into a hot one: she makes a pass at Elizabeth’s daughter Lisa, a coy, impetuous teen who has been harboring a crush on her.

Valerie’s spiteful impulse is diffused when she starts to fall for Lisa behind Elizabeth’s back, but a confrontation is inevitable. Valerie’s tumultuous journey towards it will entangle her in the circuitous dance of the relationships around her as friends, colleagues, and family struggle to balance need and trust, impulse and restraint. Control freaks. Hot heads.

Timid artists. Impulsive kids. Dis/inhibition explores the complications of self-control both outside and inside the scientific laboratory.

The book is also available at Amazon UK and Amazon Canada.

Mega-cool video depicting what was supposed to happen last night above Mars (and did!) step by step…

Yeah, so I have an author website launching soon and a website designer who wants that launch ASAP and I am floundering pulling my content together. I mean, talk about your writer’s block suddenly hitting, your word-smithing skills crapping out, and your total lack of Photoshop-fu being your undoing.

So I remind myself, you know, self, when you launched All Things Philosophical on Jan 1, 1999 (!), the show was in frigging season 3 and you were still sweating over your desperate need to prove the philosophical genius that was I Robot, You Jane. People still visited your site and came back when there was more to see. Having more to see is what brings people back.