Skip to content
October 27, 2019 ~ Nancy E. Shaffer ~ Leave a comment
I am still thinking about the season six episode of The Americans where the artist died.

END_OF_DOCUMENT_TOKEN_TO_BE_REPLACED

10/20/19: I’ve been in a weird mood lately with my reading. A lot of my recent choices have left me cold, and when those have been purchases instead of library books, that makes me gun-shy about buying new books. Also, I often buy books only to see them in the library offerings a month later.

So I’ve been going back to the books already in my personal collection, re-reading. With audiobooks, you don’t have to put a book down to walk across a room, or do the dishes, or drive to work. You just keep listening. And listening, to me, has become a security blanket. I get edgy when my brain’s not otherwise occupied and I’m not listening to a book.

When books are your comfort food, you want to read the ones you enjoy most. I figure with… 8 books? in the Expanse series, I will have something to read until my library wait list finally coughs up its next book, or The Expanse season 4 starts, or both.

View all my reviews

END_OF_DOCUMENT_TOKEN_TO_BE_REPLACED 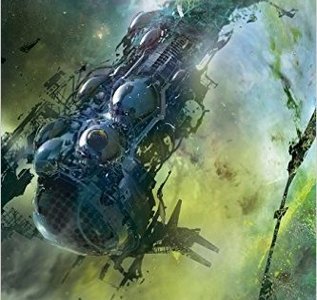 END_OF_DOCUMENT_TOKEN_TO_BE_REPLACED

Space is hard. Sometimes, the Old School folks–NASA, JPL–make it look so easy we forget that. We all “Ooohed” and “Aaahed” at the mammoth achievement that was the Juno craft’s close shave of Jupiter on July 4th, which put it in position for its regular orbits.

Then we cringed last week when new kid on the block, SpaceX, had the second disaster in their hit-and-miss history.

So I was pretty nervous this week when OSIRIS-REx, NASA’s long-awaited asteroid sample-return mission vehicle, sat on a launch pad rocket. I saw a comment on Twitter asking if there was a way to salvage the probe if something were to go catastrophically wrong with the rocket as it had with SpaceX.

This time, though, it was a picture-perfect launch:

After launch, the rocket hurtled the craft into Earth orbit on a trajectory that will take it towards the asteroid Bennu, where it will orbit for a year, studying the space rock, before landing, collecting samples, and bringing those samples back to Earth.

An unmanned spacecraft that actually comes back to us is kind of a big deal. Usually, once they leave Earth orbit, they’re gone forever; it’s too expensive to give them enough fuel to bring them home. But if we ever hope to understand asteroids, we need to study the materials they are made of. And short of going to one ourselves, or bringing one to us, this is the cheapest alternative… for now.